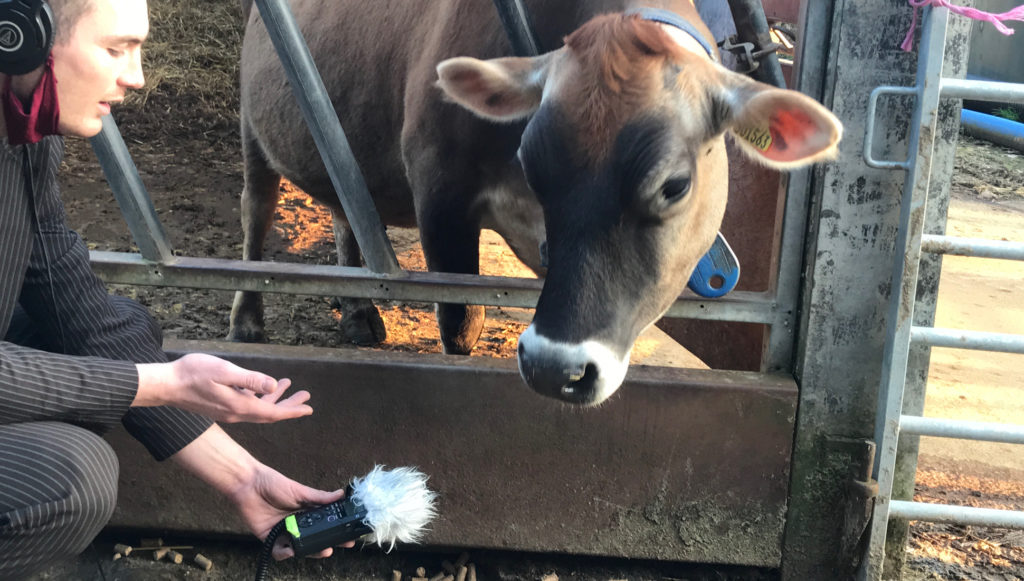 oxhy gestures towards a new form of folk music with a mix made from recordings taken in and around London.

On his debut album, Woodland Dance, oxhy considers the social function of music in an age where the lines between digital and physical worlds are becoming more and more blurred, when even deciding to leave your house to interact with loved ones becomes fraught and existential. Exploring the idea of folk music, both as it is understood now and how it might be understood by future generations, oxhy pulls focus on the more primitive aspects of his sound. Layering ASMR-inducing field recordings, analogue instrumentation and emotive vocal contributions from Thoom, Dæmon, Cecilia and Felix Lee, the artists weaves a frayed sonic patchwork, music for communal intimacy and emotional exchange.

The Xquisite Releases co-founder employs a similar methodology for his Fact mix, which he describes as “a record of music and moments that constitute my memory and that are bound into what folk music means to me.” Made from a series of recordings taken in and around London, the mix not only captures what he has been listening to but how he has been listening, interspersing tracks from Kali Malone, 9 Trae Family and Ben Vince with fleeting sketches of original material, spoken word and audio vignettes, opening the mix with a recording of the artist serenading a herd of cows alongside collaborator Susu Laroche. “I wanted to include the context in which I was experiencing the song with the listener to create a shared space which might take the form of something like a narrativeless radio play where people can impart their own narrative or meaning,” he explains.

“Like my album ‘woodland dance’ this mix is about the companionship and solace that music gives,” he continues. “For me these songs are bound into both bleak nights wondering the city alone and moments of joyous abandon with friends. Many of the songs from other artists are part of an oral or storytelling tradition and I wanted to honour those traditions through creating new traditions and ceremonies like singing to dairy cows with Susu or playing a song by a river at sundown.” In his drive to create these new traditions, oxhy gestures towards a new folk, a mode of musical exchange that situates the listener as part of an aural community and an emotional history.

Haunting photos of Kings Cross on a Saturday night