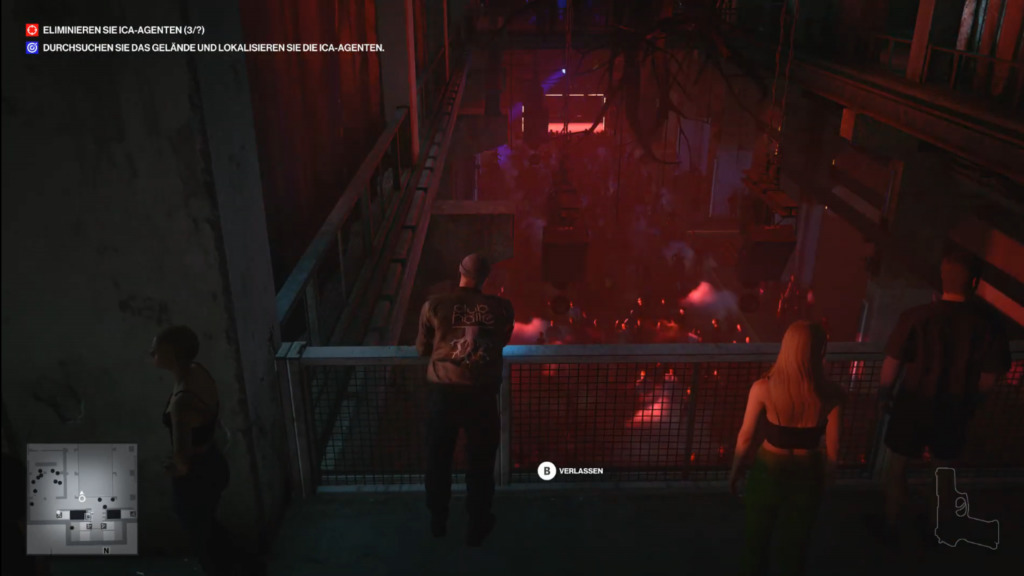 Crowds of people, bright lights piercing the darkness, techno bouncing against cavernous industrial concrete – oddly the game Hitman 3 is a refuge for people who miss clubbing.

The designers of AAA gaming installment Hitman 3 have built a pretty convincing amalgamation of various Berlin nightclubs – with a lot of imaginative elements thrown in. In fact, if you were expecting something a bit overly slavish, it’s somehow more real than if it was too close to any original.

The venue is called Club Hölle (“Club Hell”) and is inspired by Berghain, Kraftwerk, Arena, Sisyphos, Griessmühle, and more.

It’s located inside a repurposed nuclear power plant on the outskirts of Berlin, where the game’s third mission takes place.

The game developers have done a pretty job of it, too. Many familiar aspects of Berlin’s club scene are present, including concrete walls and pillars, graffiti-covered open-air sections, bustling toilets, neon lighting, scantily clothed revellers and a thumping techno soundtrack. The warm greeting of “looking good today sir!” upon entry misses the mark though, a hard and cold stare would be much more realistic.