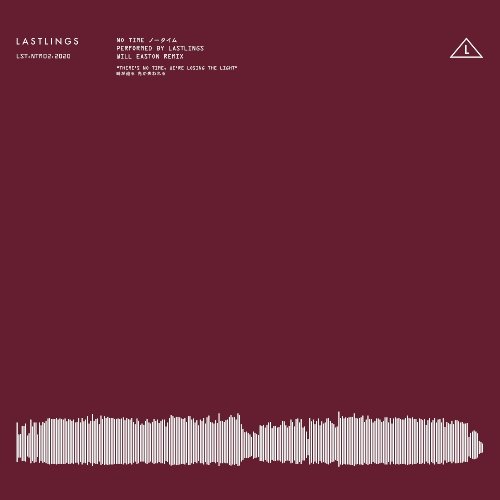 Riding an exciting wave of releases is the one and only, Australian-Japanese electronic sibling duo, Lastlings. First turning heads when RÜFÜS DU SOL selected the duo’s ‘No Time’ for their third remix ever, then from the Grammy-nominated producer and mixing engineer Cassian sending them stems for a ‘Together ft. Thandi Phoenix‘ rework.

Today Lastlings unleashes a proper house rework of their latest single, ‘No Time’, from rising British producer, Will Easton.

Lastlings on the remix: “We have been following Will Easton since his 18 Month Free Trial EP and were thrilled when he came on board to remix ‘No Time’. Will has a unique approach to creating productions that are melodically emotive with sound design that hits with an impact, and his ‘No Time’ remix does just that.”

As predicted, Easton puts his second-to-none production skills to work on Lastlings’ brooding melodies with a provocative bassline, turning ‘No Time‘ into an eight-minute dancefloor weapon.

Quick to garner attention from underground selectors, Will Easton’s name became firmly planted in the electronic scene with the release of his EP, 18 Month Free Trial. His subsequent releases on labels like Street Tracks, Sola and Stress Records have received support from notable names like Kettamma, Richy Ahmed, Solomon and Sasha.

Notching his way up in the Beatport Top 10, he’s gained international traction and recognition from scene-shapers including Duke Dumont, Patrick Topping, Pete Tong, Annie Mac and many more. This year proves to be even bigger for Easton, with an anticipated collaboration with Grammy-Nominated duo Camelphat as well as an upcoming EP on DJ Haus’s Hot Haus featuring a remix from Theo Kottis. Dig into his collection.

Since finding an early home on RÜFÜS DU SOL’s label Rose Avenue, Lastlings have ascended from Australia to the world. Attracting fans in every corner of the electronic music landscape and remix treatment from the likes of Totally Enormous Extinct Dinosaurs and Torren Foot, they quickly earned a spot on Astralwerks roster and released countless major singles along with official reworks of their own.

Connect with Will Easton