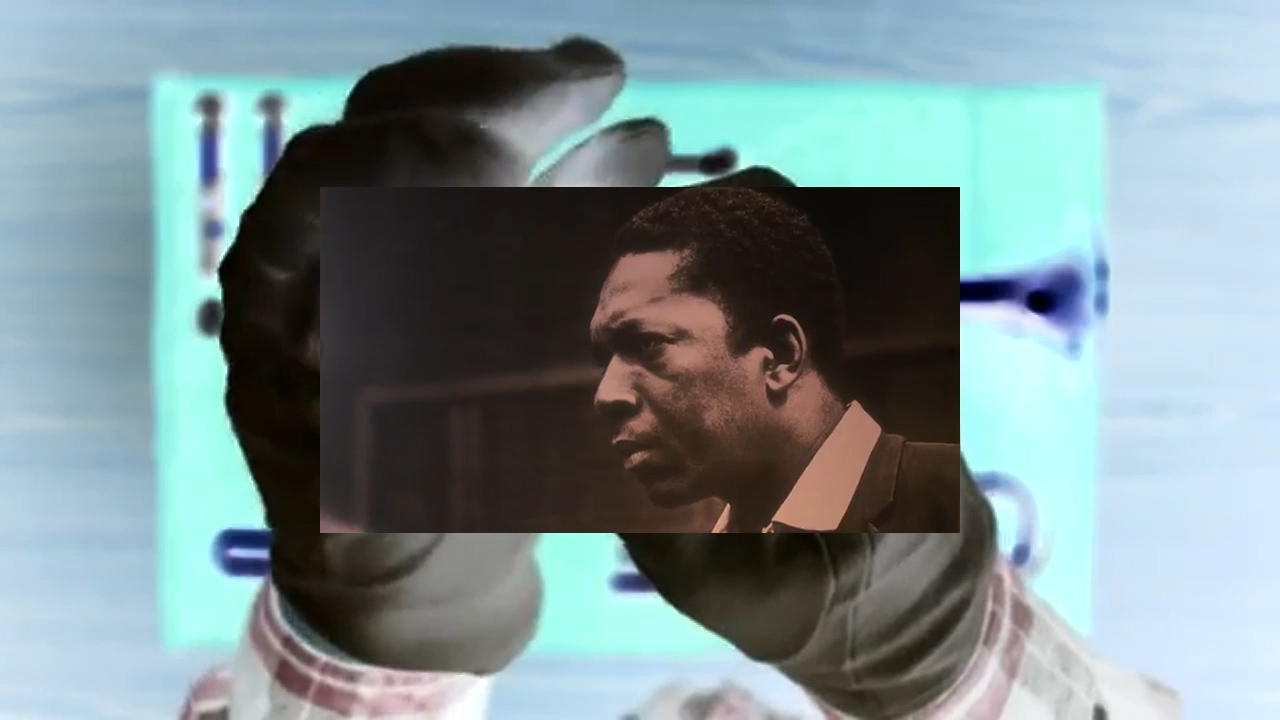 Fact is teaming up with Refraction to bring you a selection of performances from the lineup. This performance is a DJ set from Detroit legend Marcellus Pittman with visuals provided by digital media and film cooperative Clips Co-op, who responded to Pittman’s set in real time to create the accompaniment.

“The first step is to break up the mix within the Clips Co-op group. Trying to tackle sourcing and stitching content for even 30 minutes’ worth of music can seem daunting. In the case of this mix, we broke it up into four 15-17 minutes segments to curate. We then listen to the music in a vacuum (no other sounds or images around), as in literally in the dark. If we don’t have access to a dark spot, then I just close my eyes. Given my background as a cinephile, I have an unnecessarily large amount of film scenes and soundtracks stored in my memory, from which I can pull similar emotions, themes, and context from to pair with the music.

“From there starts the sourcing of the videos. While the mix segment plays on repeat we scour whatever video search engine we’re partial to at that moment for what I saw as a connection to the mix in my original listening session. Additional helpful context on the DJ or concept of the event helps refine this process.

“For example, given Marcellus hails from the Midwest, the birthplace of House, Techno, (some) Funk and Motown (as well as the TRUE birth of Punk Rock with the band DEATH out of Detroit), we had a strong sense of foundational footing to work with. That said if the selections are too “on the nose” and only follow these sources it just becomes fan service and not a collaborative piece.

“I make sure to pull from my own history, experiences, and interests as well. From there comes the most tedious part of the process; the cutting, cropping, masking, scaling, and overlaying hundreds of splices of content into some sort of discernible visual media. There doesn’t necessarily need to be an explicit narrative, but it can’t be completely random either. Review from others can help with that as well. At its core, this piece came to be a homage to black rhythm, black women, black power, and also some more nebulous thematic notes of being in sync with the world; and our place as apart of the whole.”

Look out for more sets from Refraction on Fact over the next few weeks, including a meditation set from Yu Su on Sunday, July 17 at 20:00 CET.

Find the rest of the Refraction streaming schedule at the festival website and find virtual passes at DICE. All shows are free to watch, but donations are encouraged to The Bail Project, Color of Change, The Okra Project and Afrotectopia.

Refraction Festival is presented by Generate, an mobile photo and video editing app for creatives.

“Vengeance” By Sekai And Miyoki Weaken The Knees With Emotional DNB...