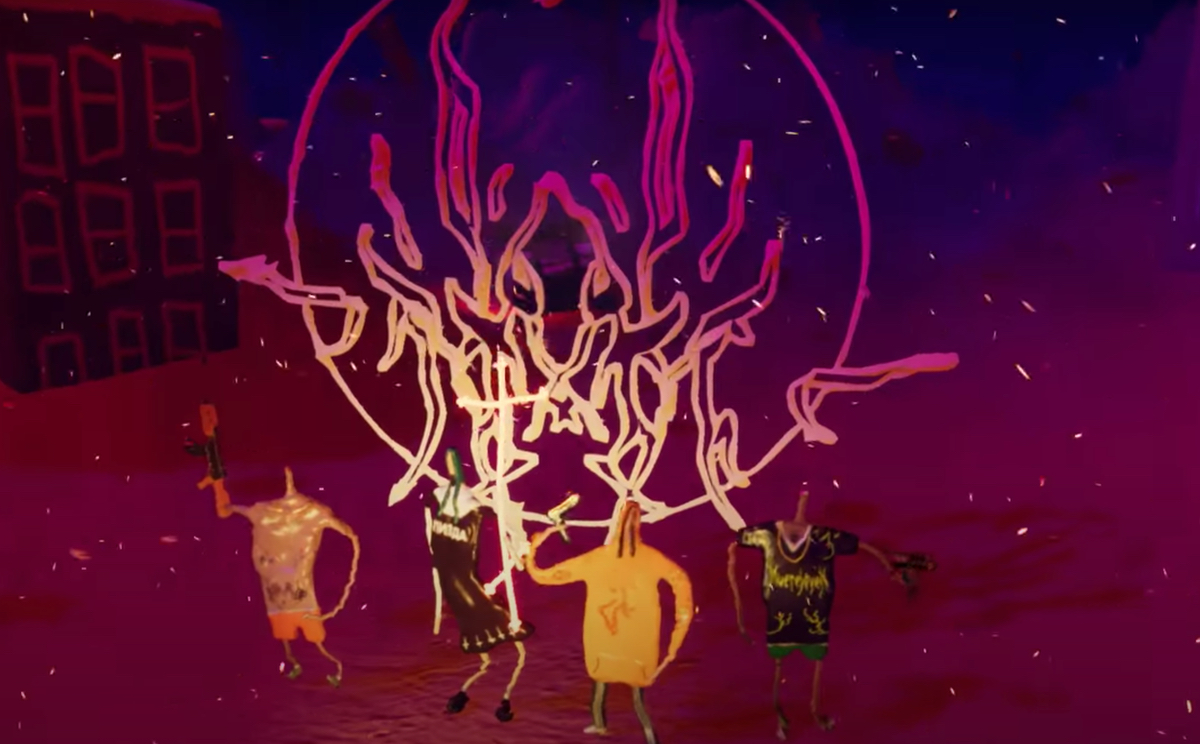 A ferocious condemnation of police barbarity, corruption and femicides in Latin America.

Pussy Riot have joined forces with Argentinian artists Parcas, Dillom, and Muerejoven for ‘1312’, “an international anthem against police brutality”, which is accompanied by an animated video from Vladimir Storm.

Inspired by the 2019 protesters in Chile and released in solidarity with people across the world protesting the murder of George Floyd, ‘1312’ is a call to arms for those who are showing extreme bravery and strength in the face of increasingly violent abuse by police officers.

The video was released alongside a manifesto against police violence and a five step list of demands for police forces around the world, which can be read below:

“1. Refocus police forces towards protection of the civilians instead of oppression and violent suppression of our rights to express and demand what our communities need.

2. We are here to hold the police forces accountable for every act of violence against civilians. Nothing will go unnoticed.

3. We demand that if the police show up at the demonstration, they protect our right to speak our minds freely, act respectfully and peacefully.

4. We are the many, they are the few. We stand together with Chilean protesters, we are women who want to be safe while marching for female rights with Las Tesis. We express our solidarity with Argentinian, Chilean, Mexican, Colombian, Brazilian, Peruvian, and all Latin American sisters and street fighters who only want to have a damn right to be in charge of their bodies and their reproductive system (but only get police batons in response).

5. Police forces in Latin America and Russia need to be urgently re-trained to focus on protecting women’s rights, LQBTQ+ community, and the rights of alternatively able people.”

Watch next: Ariel Efraim Ashbel joins the dots between Bauhaus and Spike Lee in Do the Right Thing

Klein throws herself a birthday party in the video for ‘Claim...