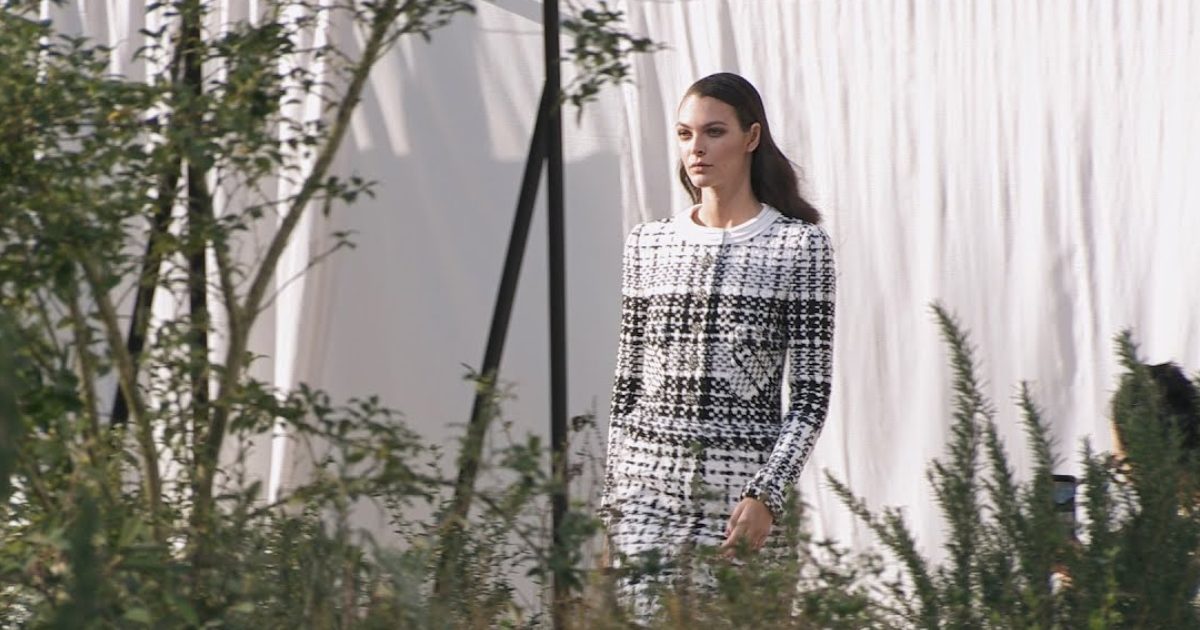 The show, which took place inside Paris’ Grand Palais, took on an overgrown garden feel inspired, according to the Chanel website, by “the Aubazine abbey where [the brand founder and namesake] Gabrielle Chanel spent a part of her childhood”. The collection, with its soft, washed-out palette and ornate fabrics, fell into step with its accompanying music, which opened (and closed) with UK group Opus III’s 1992 cover of Edward Barton’s ‘It’s a Fine Day’. Blanck Mass’ ‘Creature / West Fuqua’, from his 2019 album Animated Violence Mild, added a moment of synth-filled tension, but the show’s main focus seemed to be ambient heroes The Orb’s 1990 hit ‘Little Fluffy Clouds’.

Take a breather with the video above.