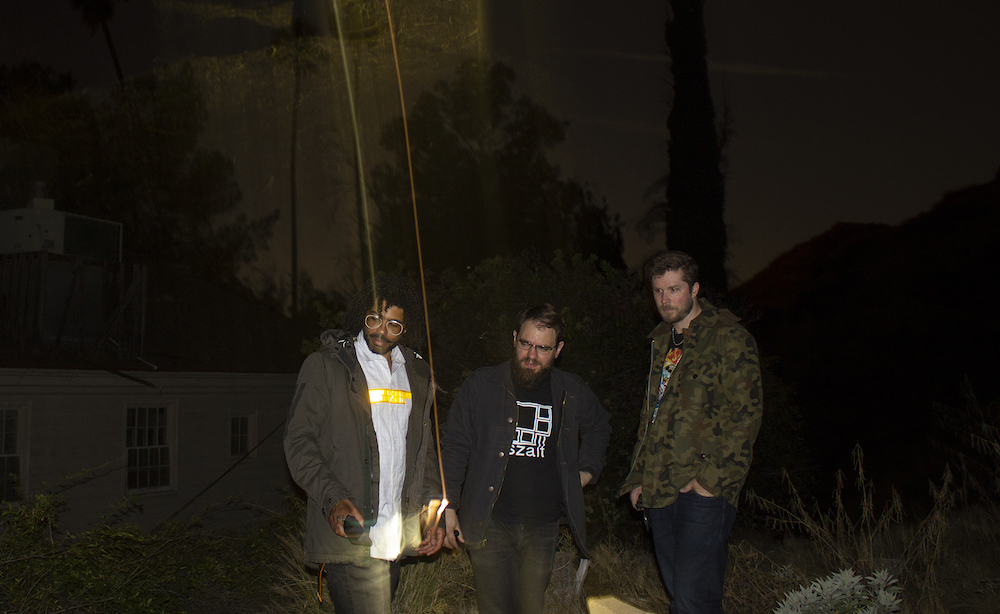 Equally inspired by the boundless possibilities of afro-futurism and the farcical nature of horrorcore.

Los Angeles trio Clipping. have announced their third studio album, There Existed an Addiction to Blood, to be released on October 18 via Sub Pop.

The album is something of a reimagining and expansion on the work of horrocore’s pioneering ’90s acts such as Gravediggaz and Brotha Lynch Hung. They was also inspired by Southern rap, citing the region’s expansive music scene that has produced icons like the Geto Boys, UGK and Three 6 Mafia.

The lead single, ‘Nothing is Safe’ is a reflection of these influences, a menacing and experimental subversion of Southern hip-hop traditions that also nods to John Carpenter film scores. Daveed Diggs luxuriates in co-opting the language of fear and applying it to the everyday terrors that abound in life and the results sound like it belongs Blaxploitation horror film.

Rather than sketching out the realities of existing on the fringes in the most literal sense, Diggs crafts a darkly fantastical reality abound with ghouls in the form of police officers and demonic opps, who are all out to do harm to his trap empire. It is particularly unsettling over William Huston and Jonathan Snipes impish production.

Check out ‘Nothing is Safe’ and the album’s tracklist and collaborators below.

Steffi celebrates 20 years of her Klakson label with three EPs